When you book with an account, you will be able to track your payment status, track the confirmation and you can also rate the tour after you finished the tour.
Sign Up

Or Continue As Guest

When you book with an account, you will be able to track your payment status, track the confirmation and you can also rate the tour after you finished the tour.
Sign Up
6478

Why Book With Us?

Do not hesitage to give us a call. We are an expert team and we are happy to talk to you.

Triglav via Ferrata Bamberger. Towards the top of Mount Triglav leads several routes from different valleys. However, in the upper finishing section, almost all of them have the character of ferrates. But certainly, the hardest and only real Ferrata is the Bamberger Route. So we will climb to the top of Triglav exactly in this direction. Therefore don’t hesitate and firstly let’s prepare for the ascent.

Triglav Via Ferrata Bamberger is certainly a demanding ascent along the western ridge of the northern wall, which requires good mountaineering and technical knowledge. Ferrata also leads us to the edge of the famous Sphinx, the largest monolith in the north wall of Triglav. Of course, unforgettable views and the winning Triglav summit are complemented by a great experience.

Meeting with a guide and transfer from your accommodation to the starting point.

Start the tour in a beautiful Vrata alpine glacial valley at an elevation of 1015 m in Triglav National Park. First, the path leads under a large north wall with a breathtaking view of Mt. Triglav north face, 3 km wide and 1 km tall. After a while, a wide trail through the forest changes to a narrow and a steeper one below the scree. The view of a north face follows us all the way up to the Luknja saddle at 1758 m, an old passage between Sava and Soča river valley. (2h 30min)

Later after a break, we continue on a very demanding trail, which climbs up almost vertically from the saddle. Therefore ascend is slow, with the protection of a guide and cables. Soon, the trail becomes less steep, but it’s still very exposed. In the same way continue along the ridge, with an amazing view over the famous Sphinx.

On the way, see the ruins from World War I. and continue over scree to the rocky wall. Over there are some cables and also pitons for easier progression to the Western Triglav plateau. (3h)

Steep, but the well-secured trail leads to the peak ridge and then the top of Mt Triglav. (1h)

Once on the highest Slovenian mountain, you will enjoy amazing views around you and get some rewarding rest. After that follows descent on a different trail to Triglav hut on Kredarica plateau. Over there enjoy traditional Slovenian mountain dinner in a hut and after that overnight in a dorm.

Next day in the morning descent down to Vrata valley on a path over Prag. The path is much easier than the first day, in spite of a short section of the route where the help of cables and pitons is needed. (5h)

Furthermore, here are other routes to Mount Triglav, which all have in their final part Via Ferrata characteristics. So you can choose, for example Triglav from Krma Valley, Triglav from Pokljuka or Triglav across Seven Lakes Valley. In other words, you can not conquer the Triglav peak without climbing over Ferrata.

* THE GUIDE RESERVES THE RIGHT TO ADJUST THE PROGRAM REGARDING THE WEATHER CONDITION AND PHYSICAL CONDITION OF THE PARTICIPANTS.

** Are you looking for good accommodation near Triglav National Park or Ljubljana City? Here is something very interesting, half way to each, a House by the Canyon …

What equipment do I need for climbing Mount Triglav?

Summer: You will definitely need good (ankle high) hiking boots, helmet, self-loading Via Ferrata kit, trekking poles to support your knees, day backpack, a lot of water, some snacks and a light jacket. If you don’t have Via Ferrata kit equipment, you can rent it with us.

Winter: You will definitely need good hiking boots, helmet, self-loading Via Ferrata kit, trekking poles to support your knees, day backpack, a lot of water, some food, a warm jacket and sleeping bag. And as well crampons, ice axe and snow leggings. If you don’t have winter ascent equipment, you can rent it with us.

What equipment do I need for trekking in Triglav National Park?

You will definitely need good (ankle high) hiking boots, trekking poles to support your knees, day backpack, a lot of water, some snacks and a light jacket.

Is it possible to climb Mt Triglav in one day?

To climb it in one day you have to be in excellent fitness condition, as it takes around 6h 30min to ascent the top and then descent on the same day. But you will definitely get more authentic experience with 2 days in the mountains.

Where there be snow?

Winter in the Alps is usually longer and snow could fall from November to mid-May. So you can even expect snow till end of June. But it all depends on how much snow falls and how warm the spring is.

Is food included with the tour?

Food on our tours is not included, because of the variety of tastes of our participants. Of course, the food is available in any mountain hut and whatever is on the menu is always good.

Is there a tour where I can join others?

In addition to our private tours, we also provide join the group tours. Every Friday for a 1-day hike in Triglav National Park and every Tuesday a 2-day tour to climb Mount Triglav. However, this is only in summertime.

Is the tour still on in case of rain?

That all depends on the weather forecast. If there is just some light rain we will still go on a tour. However, if its gonna be heavy rain, we will try to move your tour to another most convenient date. In either case, we constantly check weather forthcast so we can arrange the best trip for you. 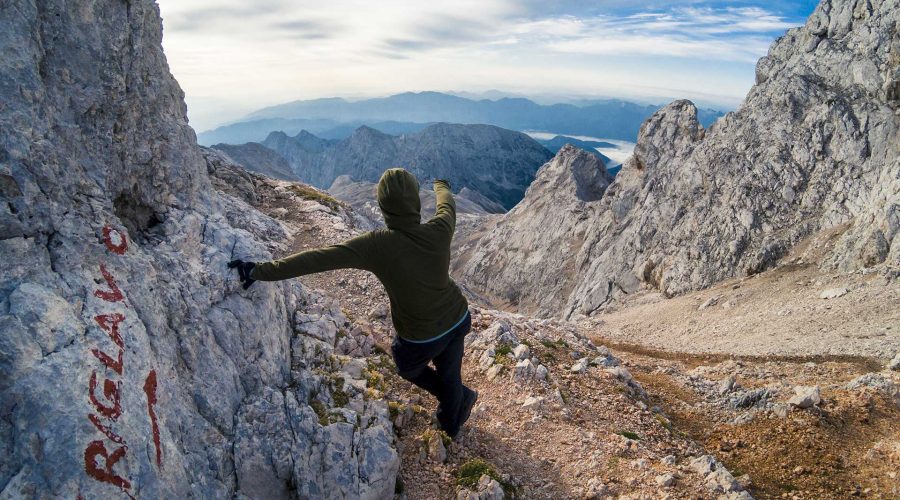 From3,231€
0
4 travellers are considering this tour right now!